Steven: “I’m not even allowed to cycle outside in France, so how can I prepare for the Tour?”

Hundreds of thousands of people cheered him to the Tour stage last year. Will he cycle his next Tour de France without a crowd, as is suggested in France? Steven Kruijswijk can hardly imagine this. “Even without a crowd, the Tour remains a travelling circus with lots of people”, Kruijswijk says in an interview with Dutch newspaper Algemeen Dagblad.

He’s not allowed to leave Monaco. His last outdoor cycling training was on March 17th. A 145 kilometre ride with 3450 altimeters. To the north, into the foothills of the Alps. And back via Menton, along the Mediterranean. Since then, Steven Kruijswijk has been training indoors on fitness platform Zwift because of the lockdown. Virtual rides, on the fantasy island of Watopia, without actually moving a metre.

“How long can you keep that up?”, he wonders. “I’ve never been a fan of it. Cycling really is an outdoor sport for me. On the road. Cycling inside is a fallback solution.” 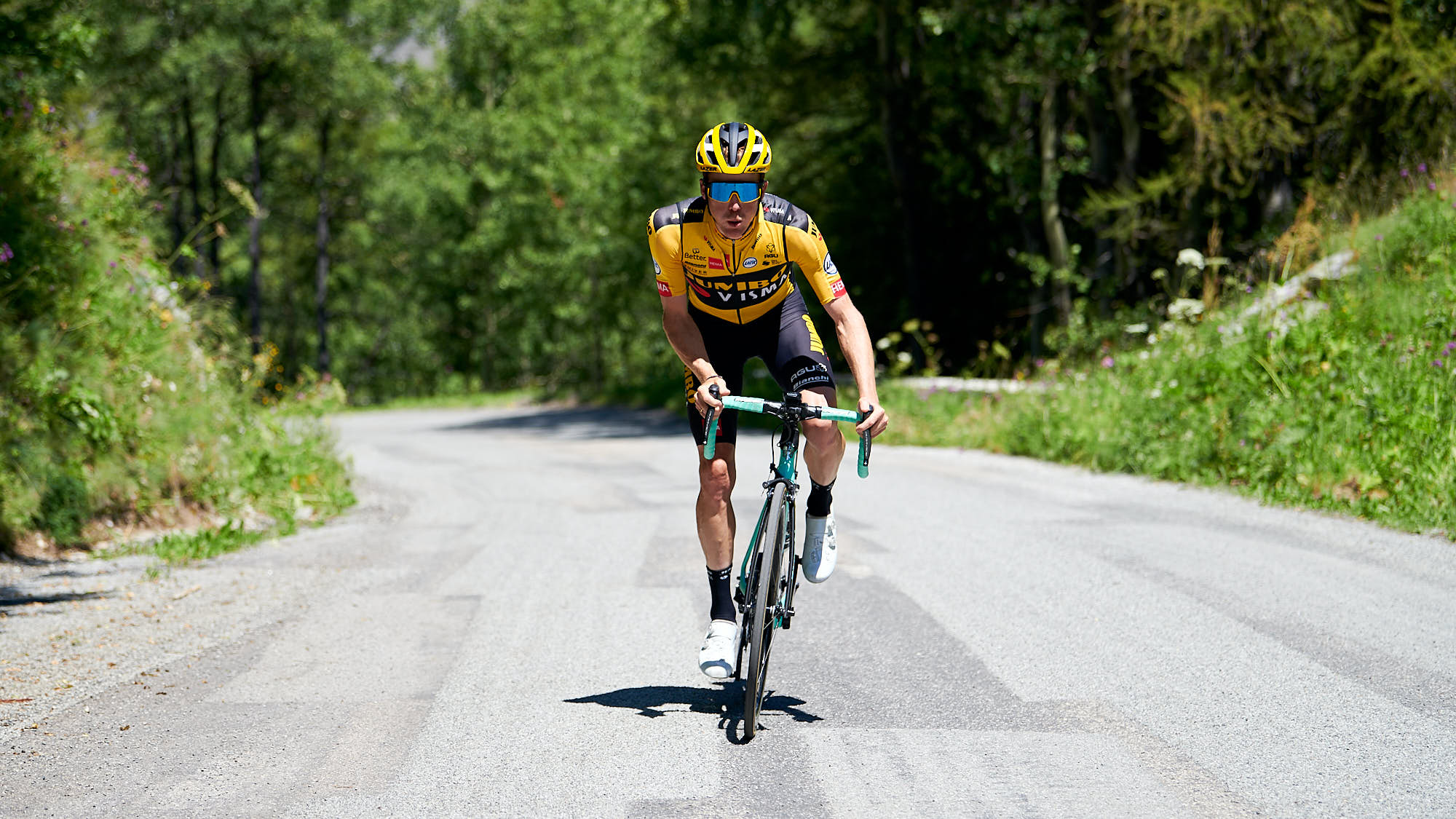 And yet he is forced to prepare himself this way for the coming weeks for what may remain of the cycling season, decapitated by corona. The Tour de France – where he finished third last year behind Egan Bernal and Geraint Thomas – is still on the calendar. The dreamed sports summer is already broken after the postponement of the Summer Olympics and the European Football Championships, but in France they are still counting on the green light for the Tour, which should start on Saturday 27 June in Nice, a few kilometres from Kruijswijk’s apartment.

If necessary without a crowd, the French Minister of Sports Roxana Maracineanu said. “As far as I’m concerned I’d rather not”, Kruijswijk responded to the proposal to race without a crowd. Is that a solution that justifies going on a tour? Call your shot… At least we’ll have something to show on television, but is it realistic?”

Kruijswijk hesitates very much. For purely practical reasons, but also because he doubts whether such a large event can be organised again in three months’ time, even without a crowd. “Then everything must be safe and there must be no more health risks. Then it would be possible”, Jumbo-Visma’s ace classification rider thinks. “But even then there shouldn’t be a risk that we, as a Tour, will be able to get the distribution going again. Because without a crowd you’re still talking about a traveling circus of more than 1000 people. And that’s still a lot of people together.”

A lot is being said and written now, especially because it is hoped en masse that the summer will not be robbed of the Tour as well, Kruijswijk notes. But if we don’t know for sure until three weeks in advance that it’s going to happen, how are we supposed to prepare ourselves? A tour like that, you normally work towards it for a year. But maybe we should keep training inside until then. How do they think we’ll be on the right level, later on? Maybe this is a bit naive of the minister and the organisation… Because you can postpone, postpone and postpone. But preparation is also part of a competition.”

And that preparation, which already resembles nothing more than the campaigns the rider of the Dutch province of Brabant has been running in recent years on the way to the main goal in July. “I’m not allowed to ride outside in France and Monaco at all, now. You can’t even do that, it’s not allowed. That doesn’t make it easy. Because how long can you keep that up, train inside? A week I can do. But you don’t even know what you’re doing it for. What if the whole season’s canceled? That’s a lot of uncertainty. Motivation is hard to find”, Kruijswijk admits.

With his family he’s inside, between four walls. “I now realise even better how hard it is for my wife to give the children enough attention when I’m away. The kids now don’t even understand why they can’t go outside. That doesn’t alter the fact that I can enjoy all those moments together, but I would have preferred to do it under different circumstances.”